Due to the cancellation of the Sydney to Hobart some of our members had been canvassing the idea to organise a club race on the Saturday instead.  After tossing up and down between a scratch race to and back from Pearl Channel buoy or the standard SAGS course to and back from Garnet Rock most interested skippers preferred the last option.

We had nine starters with 24 sailors as Geoff and myself on French Kiss were underway as the third boat. Storm Front and Pura Vida started ahead of us.

In the early stages the wind was not as strong as the 15 knots that was forecast, however picked up later in the race to about 17 knots from the south east.

We did catch up with Storm Front at Reef Point and chased Pure Vida all the way to Garnet Rock.  A little later we passed her and were leading the fleet from there.

Because of both legs to and back from Garnet Rock were close reaches, we were getting good speed and there was still a reasonable gap between us and the rest of the fleet. However Dirty Deeds, Rag Top, Seraya were closing in when we rounded Reef Point and Pure Vida and Storm Front not far behind us.

We managed to keep all of them at bay and finished just ahead of Dirty Deeds who came second and Pura Vida third, Rag Top fourth over the line.

After a perfect day on the water, we enjoyed a couple of beers in the club with good company. Thanks to Graeme and MBBC sailing for organising this day. 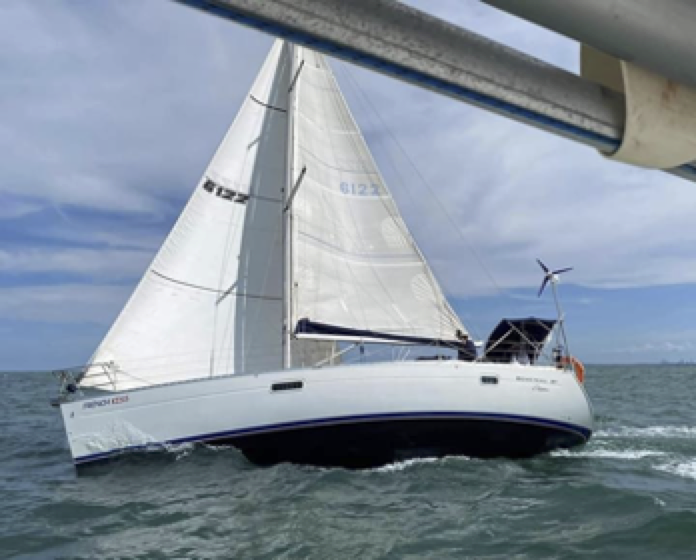