As we are relatively new to MBBC we have been enjoying the 4 or 5 SAGS races that we have been involve in. Dirty Deeds is one of those Catamarans that has had quite a pedigree in its racing history, so Luke and myself (Russ) and Luke’s eldest son, Alex (Captain) have been doing a great job of slowing it down in the course of figuring out what she can do. We have just built a new mainsail for her and are in process of building new headsails and all new Down Wind sails so I guess when we have them all on and working for us, we may have to start a little later than we do now.

Saturday’s race was a nice 12 to 15knots ENE. with Waves of about a 1.2mts, what most would call a beautiful days sailing. DIRTY DEEDS had a crew of 4 onboard including good mate and long term sailor Peter Bradbury who also has great experience in catamaran racing, Our start time was 13:33 and we were fairly accurate on the start time as we were the last to go and our first chase was ENDORFIN, whom we past just prior to North reef Beacon, Turning the corner and heading for Garnet Rock, we could see that we had our work cut out for us and the next attack was to gain legs on JO-DE  7, who had made a lot of ground toward Garnet Rock and had his downwind gear flying. Us on dirty deed’s had elected not to put any downwind gear up (as we don’t actually have any at this point) and went out a little higher to maintain boat speed, when nearing the lay line of Garnet, we gybed early and came back into the race just past the Redcliffe jetty. We thought at this point, our efforts paid as we came back in front of JO-DE 7, and behind SENTIER.

Rounding Garnet, we elected to squeeze a little height and attack SENTIER to windward which did pay off. After traversing about 800 meters out into the bay we notice that the breeze was clocking a little more to the east so we tacked slightly under the lay once again, heading for NORTH REEF.

It was now that we thought that just maybe we could pass a lot more of the fleet as most had elected to tack on Garnet and would need to tack out from the land. We kept the Squeeze on working as high as possible to keep DEED’S on course for North Reef. PROPHECY was our next target, thanks Jeff, for that magnificent tack that found you sailing backwards for a short while. This gave us another scalp.

Looking forward the first boat was now nearing North Reef and if we were going to do this, we needed to get our heads back into making DIRTY DEEDS perform.

As we approached North Reef, we had three Yachts in front of us, Sorry guys but I did not catch the names of two of the boats, we did elect to go under the first as we had a little going on, on the bare away, and then we had elected to go higher an arc DEEDS up a little and go over the top of the next two boats, just taking MOONDANCE before the line. Thanks for the encouragement from these three yachts as we went to the line with our 10-year-old Skipper, ALEX, at the Helm. Time 14:47

We Guess that DIRTY DEEDS will incur a new time penalty next time and probably a few more in future.

Thank you to MBBC Sailing for their organisation and to all that Sail with in. Merry Christmas and Safe New Year to All. 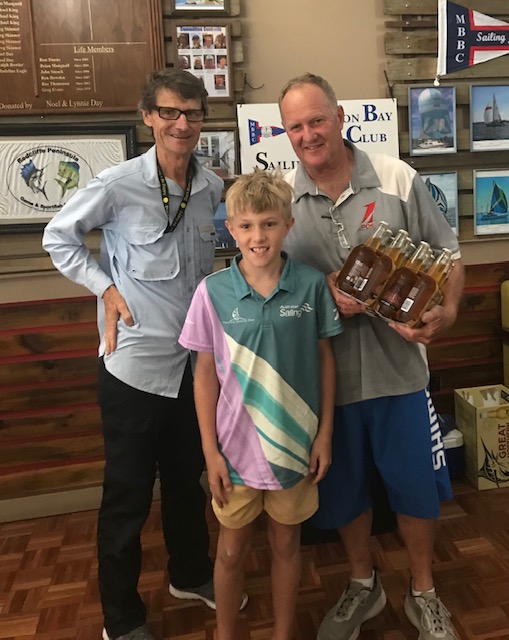 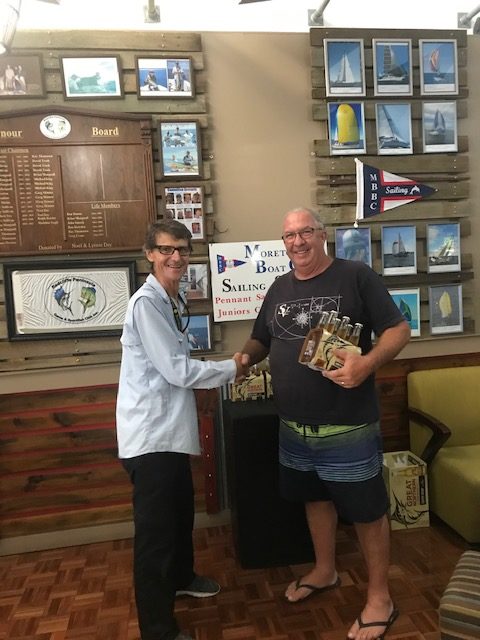 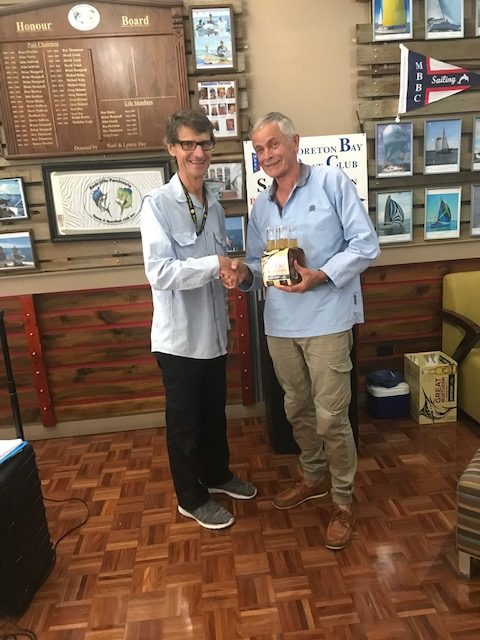 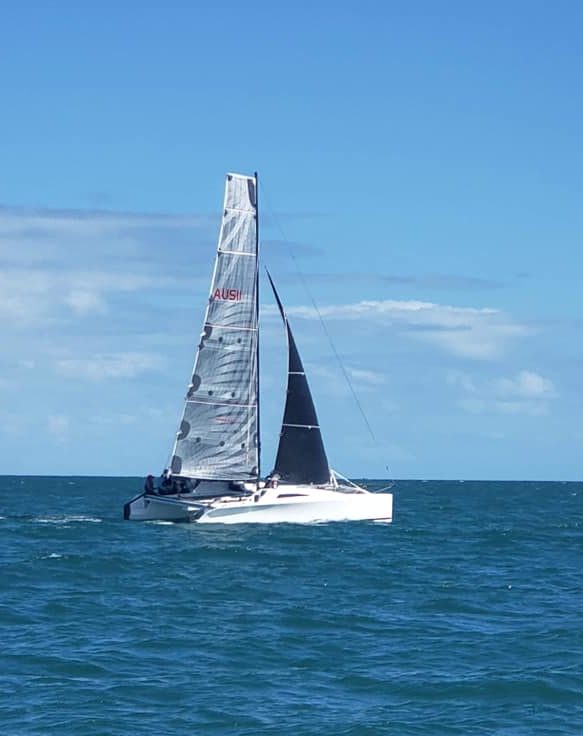