Saturday’s SAG’s was held in ideal conditions with a SE to E breeze of 8 to 12 knots. I was initially going out on my own but at the last minute Allan jumped ship from Utopia to join me. First away was Pura Vida follow up by Moondance 6 minutes later and then followed closely by Carisma, Utopia and French Kiss. We had a good reach to D Bay Red still chasing down Pura Vida and a work to the Bribie Island cardinal. We manage to squeeze around the mark without tacking and headed the fleet of 27 boats back. We popped the kite and Allan did a sensational job keeping it full. We discussed if we would be able to carry it home but decided it was too shy (others did try with no success).

Coming to the finish French Kiss was slowly gaining followed up by Utopia and in the distance Dirty Deeds flying through the pack.

We managed to hold on for the win with French Kiss second and Dirty Deeds taking third from Utopia.

It was a beautiful day on the water and a big thanks to the organizers, Margy and Roger and our sponsor Keith from MOTORSPORT MARINE. 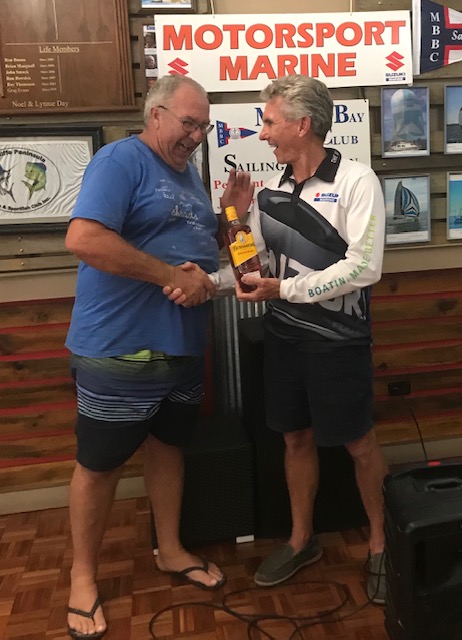 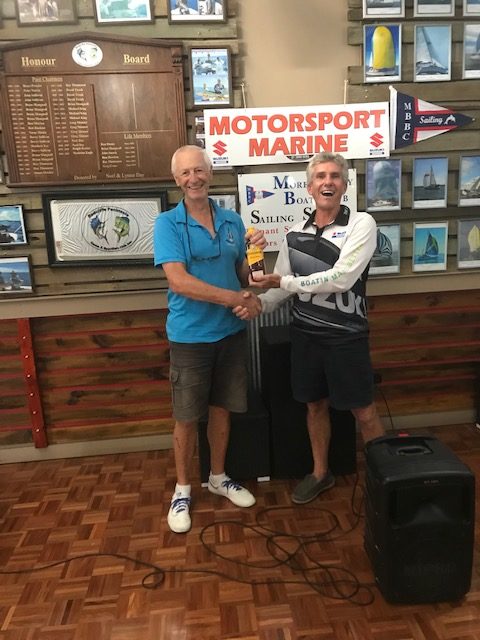 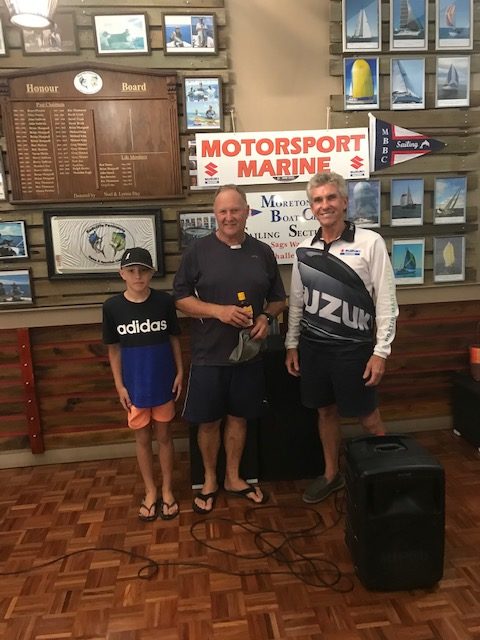 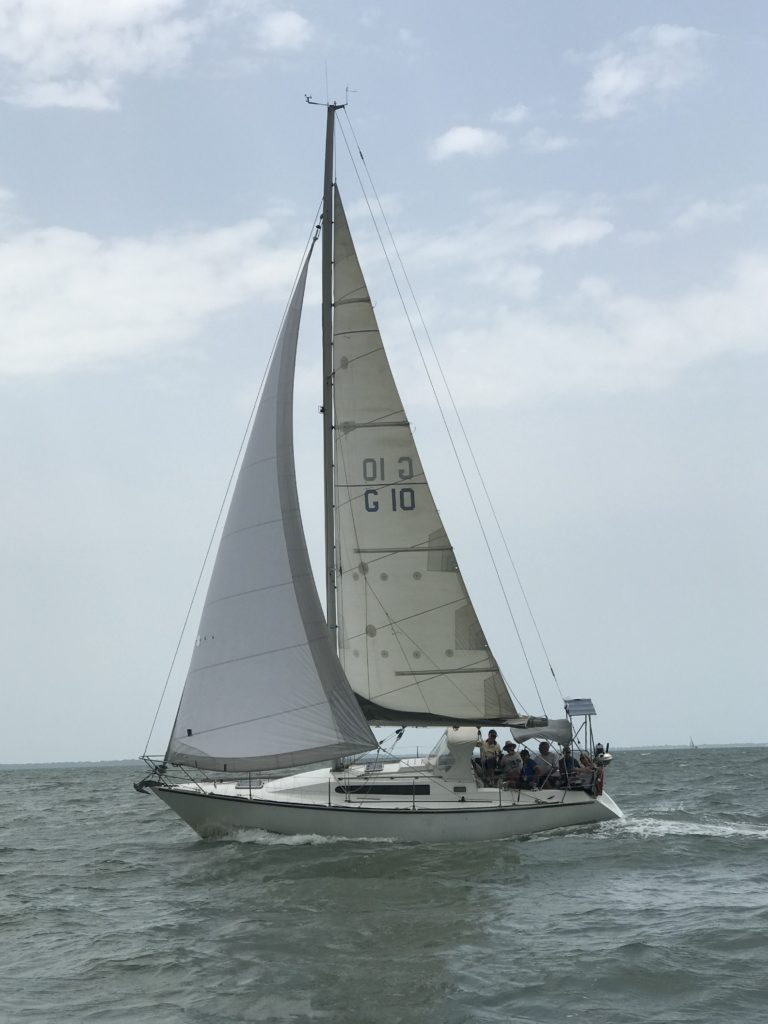