Here is the race report from Zingara from last Saturday.

The BOM/ Willyweather and Seabreeze all  predicted North-easterly winds at 15 knots and this was pretty well what we got.

Weather wise…a few showers and possible storm but we ended up with a just a lovely day, no need for any wet weather clothing. Despite the less than perfect weather report, the club ended up with 20 yachts and 62 sailors.

Knee Deep led the fleet off on the Garnet Rock course down the front of Redcliffe with the mid-size boats including Jaguar, Double D, Carisma, Happy Daze, Moondance, Zingara and About Time all in hot pursuit. This group of boats all started within 14 minutes of each other which made for interesting racing, especially around the Reef Point pylon with varying winds, decent current and the usual choppy waves.

Zingara followed Jaguar and Carisma around the Garnet rock mark and managed to take the lead by the final mark at Reef point. Blue Moon was closing fast but 200 meters behind. It appeared first place was theirs for the taking when they put up their  big turquoise spinnaker. However, the boys on Blue Moon then decided to settle for second place but instead challenge Zingara in the “Best Wine Glass Competition”…………. A good effort but Zingara has had too much experience with wine glasses.

Moondance was awarded the bronze medal and Jaguar took out the prized 4th spot.

A great time was had back at the clubhouse with a packed house. All skippers and crew were reminded of their mistakes just in case they may have forgotten.

Many thanks to Stewart Stephenson of KILMA SEAFOOD and Knee Deep for his generous sponsorship of the SAGS race. 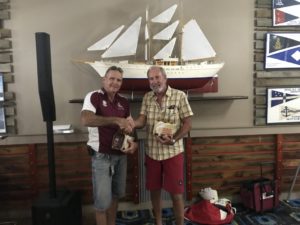 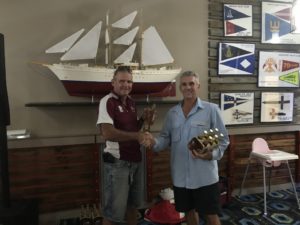 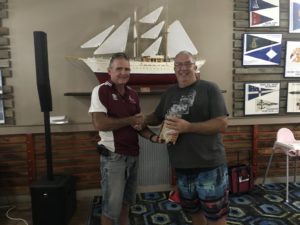 Some Photos from the day 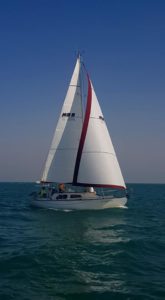 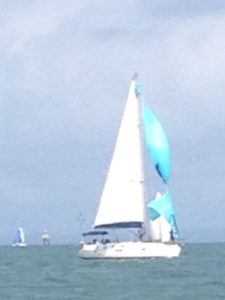