Another blustery day was fine and cool and we were looking forward to
the re-run of the Rum Race as last week was cancelled due to the strong
wind warning.

Prophecy was sporting her new suit of sails and we were excited to give
them a work out in the fresh conditions. Starting at 14:02 Femme Fatale
was already off in the distance as we passed the channel markers (which
were both there when we left!).

It would take some time to catch and pass Femme Fatale, and as we
rounded D’Bay Red we could already see Moondance returning from BSC. We
slowly overtook Freya who were working well to windward making good
speed.

We finally passed them as we rounded the BSC and promptly got our brand
new jib caught on the mast – I was panicking thinking it would rip or
get damaged, thankfully no damage was sustained.

We quickly passed Euphoria ¾ the way back to D’Bay Red and watched as
Freyja also passed them downwind.

Approaching D’bay Red we caught and passed About Time and set off after
the rest of the fleet.  We passed O.D. and then Seraya both really
powering on with the increasing breeze. Next was Zingara and then Blue
Moon and with Moondance in sight.

Jeff asked for the jib to be eased.. well that didn’t go well. The jib
was left flapping and it took a few minutes to get setting properly
again. The boys on Blue Moon thought we were trying to come second so as
not to incur the handicap penalty but such was not the case – just bad
crew work, by yours truly.

As we approached the line we passed Moondance and we were really pleased
with the win – a first with the new sails. And we have already suffered
the handicap penalty – so there is that.

All in all a great day sailing with 12 starters and 45 sailors and a
great time back at the club afterwards.

A big thanks to Keith from Motorsport Marine for the sponsorship and to
Roger and Margy for ECO duties.

And now the bad news.

After a special meeting held at the boat club last night it was decided
to suspend all organised sailing activities from now until the end of
April, to be reviewed 2 weeks before then. This is in line with what is
predicted to be a worsening of the coronavirus situation.

An email will be sent to all with a more detailed explaination from the
committee executive.

In the meantime, keep well. 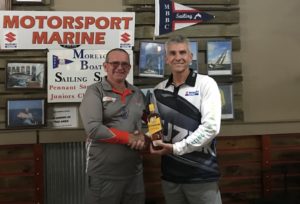 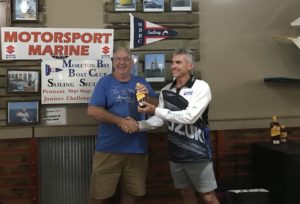 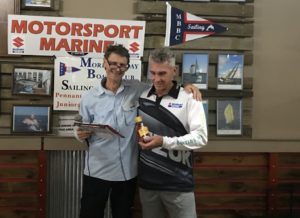 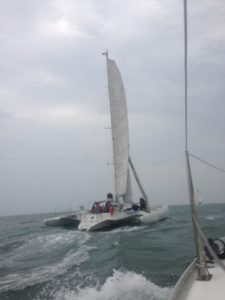