To all concerned, left club late as usual, scampered down to boat and headed out, by all accounts seemed fine and sunny, getting sails up on way heading out between the pins with low tide kissing 1.6 metres. Followed yacht in distance ahead and seeing couple of launches latter after tacking around second outer marker and  trimaran returning from our heading. Wind  good with signs of perhaps too good, discovered jib had a misfurl at top of fore stay, but wasn’t to long though before we inadvertently fixed with blast correcting, after getting flattened in squall knocking us down. Furled jib for ten minutes, expecting  the worst, before  opening back up again, seems weather not sure what wants to do, even dropping off a brief short time but finding again. Made fairly good time with wind constant and weather still bright, but visible changes starting with cloud cover inland darkening as  head toward and eventually see green buoy in far distance. Fleet made good headway, and more visible after rounding buoy to head back to outer marker. Wind flukey tacking several times in quick succession before settling, and driving through some noticeable couple channels of big swells. Heading toward outer marker our position of under dress apparent for the impending weather closing in rather rapidly, and the outer mark not long after rounding was curtained in wall of low cloud and rain behind us. And in front near white out conditions as well, luckily was a yacht dropping sails and tacking  into channel markers helping  show us the way. Rained for about ten minutes for us and with drenched look, hit channel to Newport  2.42. Thanks for reading, regards Brent and Ben – T&M Oscar. 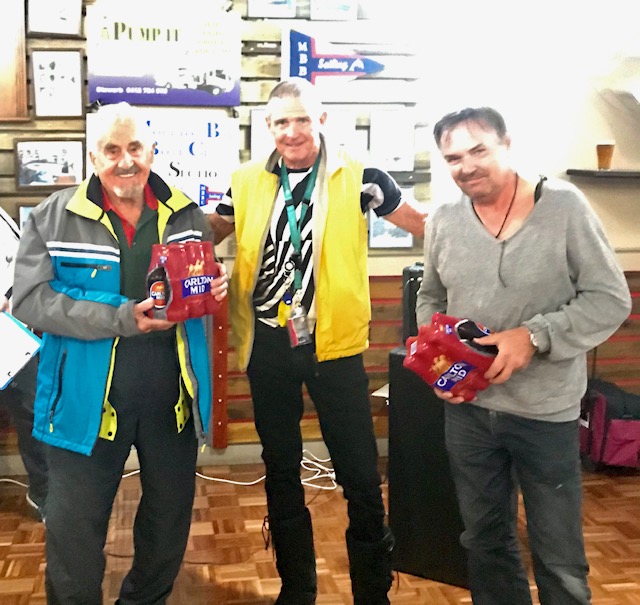 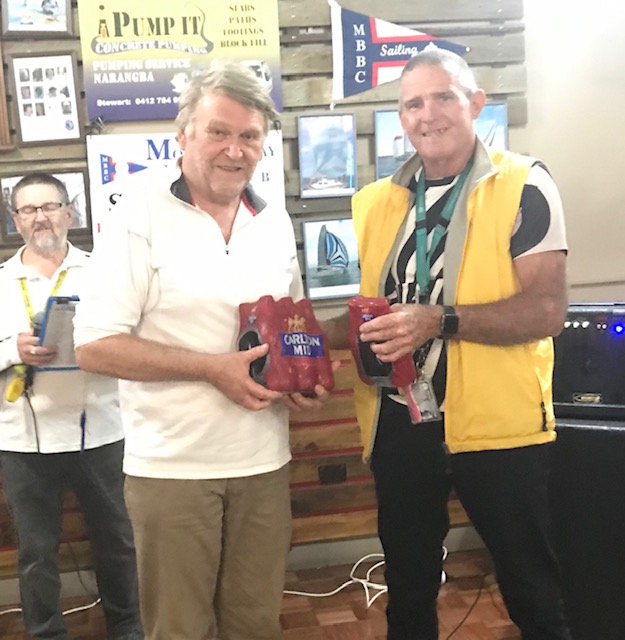 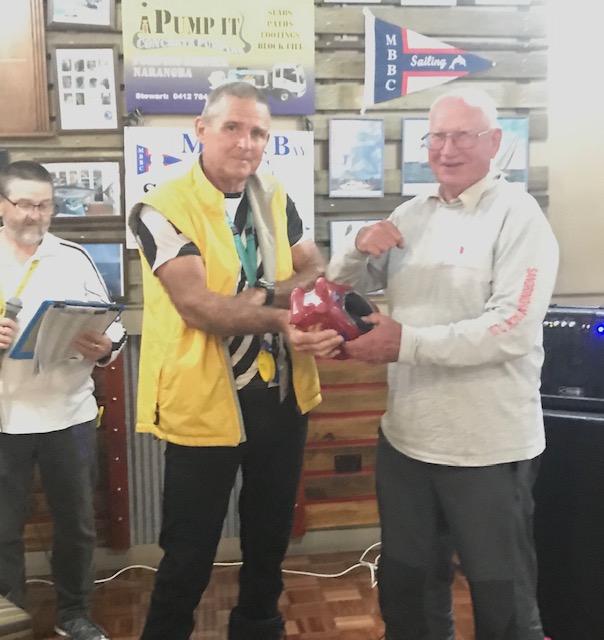