I think most of you will agree, Huey has been dishing up some great
sailing weather. Long may it continue before the summer howlers start.

Following is Brent’s (Oscar) race report from last Saturday, and
attached are photos of winners and place getters and start times for
this coming Saturday.

There goes another five minutes, a surprise and a bonus at the same time
again, no shortage of boats hot on our heels as we head to first mark
happy just doing our thing, small shifts going our way just before we
round first mark. Cutting though some fairly big troughs of water and
spray only making it the once to my seating arrangement. Unlike past
races not a lot of traffic this time about, making reasonable time
eventually make sight out of our intended destination as we point to
garnet rock in the distance slowly becoming more evident not long before
rounding 1.48. By now whole fleet visibly behind us, but were in
opposite direction, be it only briefly, can’t say for sure how long not
being there, but talking only minutes I believe who ever that was,
before seeing others also rounding garnet rock. Hard to say where there
made up ground went for them as didn’t seem to advance much more,
expecting to be over run at any time by bigger boats not eventuating.
Rounding outer marker resetting sails for our way home, re meeting those
troughs and out going tide slightly surfing, by now bakers dozen seem to
all also round in fairly close proximity, not  to far behind yet still
not making on us either and before you know it back at yellow and red.
We enjoyed a pleasant sail and good time and would like to think all
concerned involved also did, regards Brent and Ben – time and money
Oscar.

Thanks Brent and thanks to Stewie and Pump It Concrete Pumping for
sponsoring the SAGS. 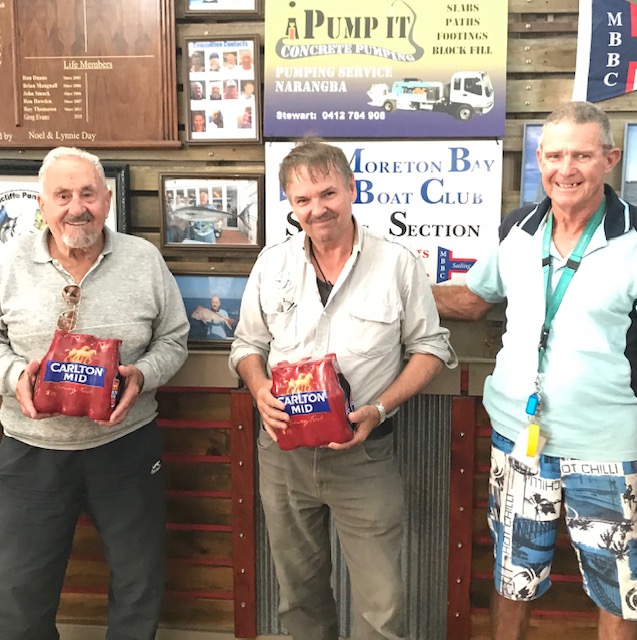 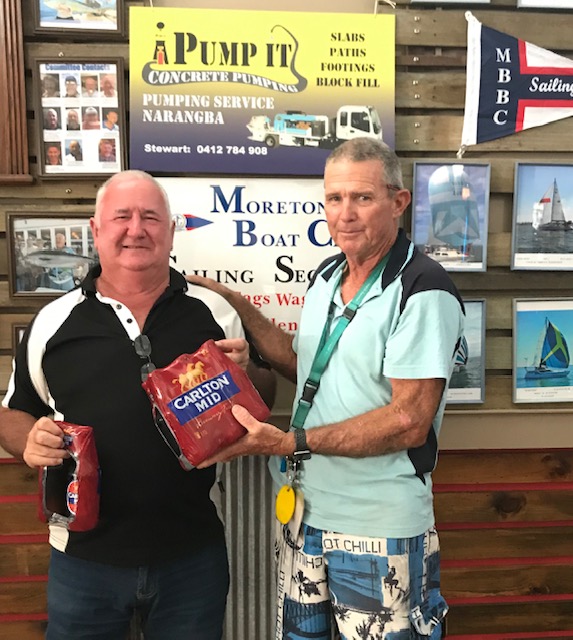 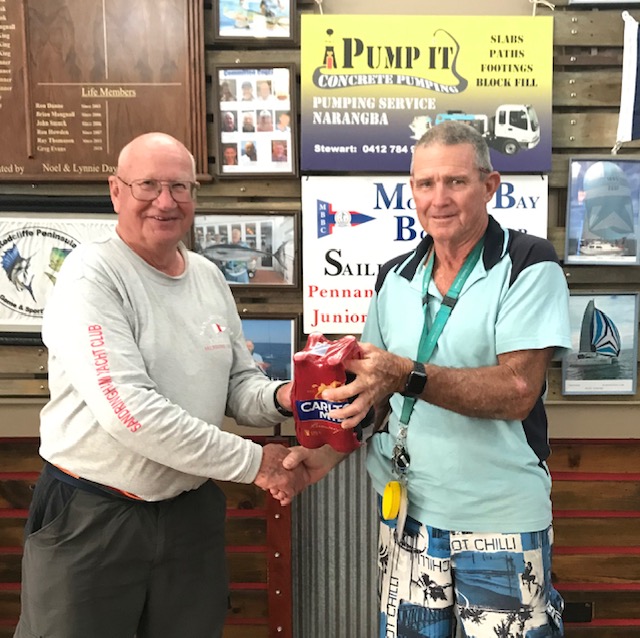 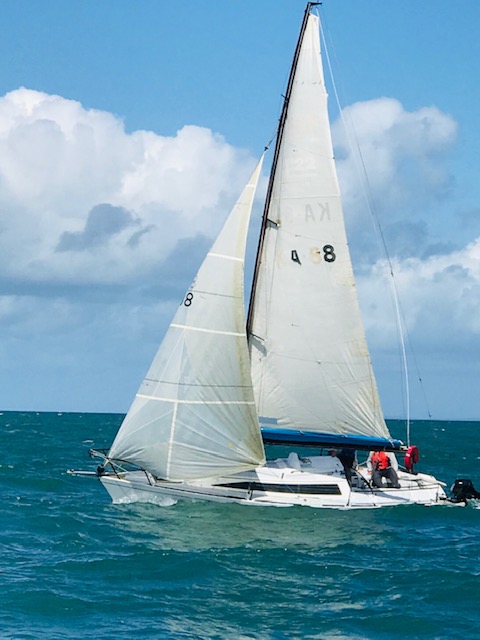