Before the race we thought “a clean boat, a good start time, a NE wind
11 knots, half the race under spinnaker, we are in with a chance”

By the time we started the wind was already turning towards the North
and freshening.

The first leg to Dbay Red was close hauled with a few tacks.

We had Rag Top right in front of us and if we came any closer,which
after all is the object, we would be in her bad wind, so we put in a
tack towards the East for a few hundred meters.

Once we tacked to port again we notice that we were pointing higher than
Ragtop. Good ,but that advantage started to disappear as we move further
West. So we tacked again and went nearly as far as the sandbank to pick
up a bit of outgoing current. That worked and when we tacked around Dbay
red we were on front of Rag Top. Up ahead we spotted what we thought was
the Cardinal but which turned out to be a “little something with a small
sail on her”. It was about one point further South than the cardinal ,
so a bit further off the wind and that allowed us to get to (in the
outgoing tide) 7’6 knots and past About Time. When we spotted the real
Cardinal we adjusted course and dropped about a knot. Gybing around the
Cardinal went smooth and the hunt was on for the front runners on a beam
reach. Of course the big Spinnaker was not an option anymore.

We must have passed a few boats because when we gybed around Dbay Red
and goose winged with the spinnaker pole, only a few boats were left.
First was Jaguar and a bit later Oscar. That was good because the
previous 2 SAGS she was so far in front I did not even know she was
there. Up ahead there were still Utopia and French Kiss. We steered a
course well to windward of them so that even Hank noticed it.

French Kiss was a bit quicker than Utopia and passed her. And then Gary
did us a favour by getting behind French Kiss and slowing her down just
a little. But just enough for our purpose. Thanks Gary. Once we passed
French Kiss we had to defend and every time Onno hardened up,
threatening to take our wind, we went with her. That meant we were not
at all pointing at finish line anymore. Once we were about 20 meters in
front of her and 100 meters from the finish, we gybed and went across
her bow, aiming at the Yellow.

And then we spotted Sentier racing in from starboard. Where the hell did
she come from?

Luckily it proved too little too late but she still managed to clip
Utopia.

Thanks to my crew for the excellent work, for the club for the
organisation and to our sponsor Keith from Motorsport marine for a
beautiful bottle of Bundy 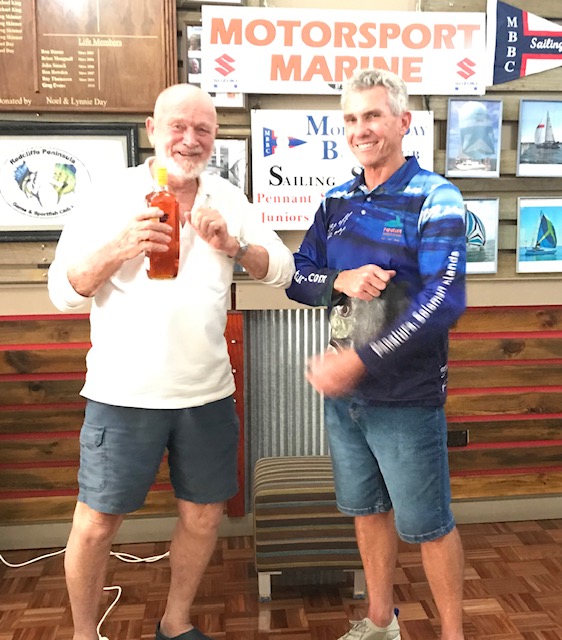 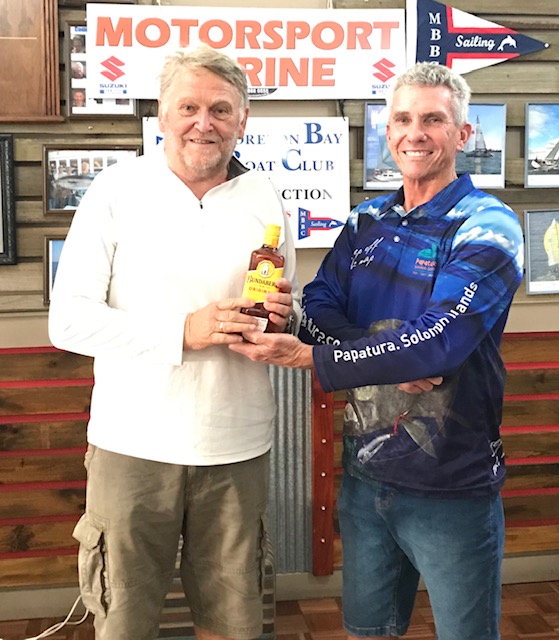 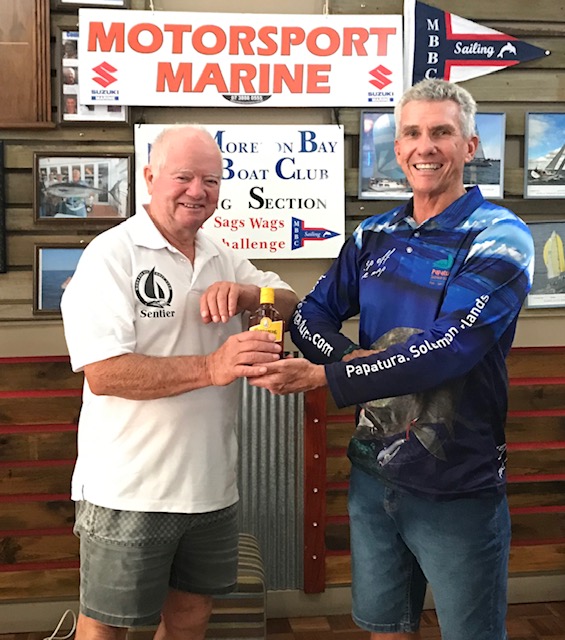 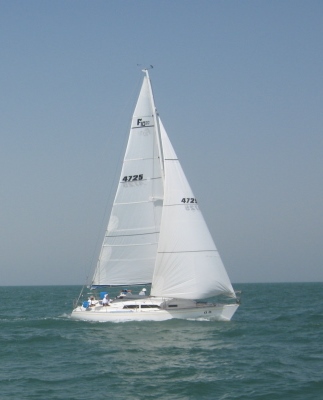