I am very eager to fly a spinnaker during any race if possible. But at the WAGS races Helen and I are normally 2 up. Last Wed , however, Tony was sailing with us. It became a spinnaker day! Unfortunately, just as we were about to start the wind backed to about 70 deg apparent. Too shy for a kite. During the course of the first leg the wind gradually veered but it was too late to set the spinnaker. We decided to pole the headsail out to leeward and take her up a bit to keep the sails drawing and then jibe before CR. I watched enviously a multitude of colourful spinnakers starting and then gradually being taken off as the wind backed again.
A beat to the GB followed.  The small yellow buoy is hard to find but with Vasco’s (the GPS is named after Vasco da Gama) aid and Tony’s hawk eyes we discovered it a long distance away.  Two short tacks and the wind was again too shy to set the kite.  But finally, we made the DBR, and set the spinnaker for a glorious ride home closely followed by “Sundance 5” and “OD”.  These two fought each other for the minor places and graciously let “Kaveinga” win.  “OD” passed “Sundance 5” by the way.   4th home was “Seraya”.

12 boats and 46 sailors enjoyed a sunny day on the water thanks to the sponsorship of the MBBC. 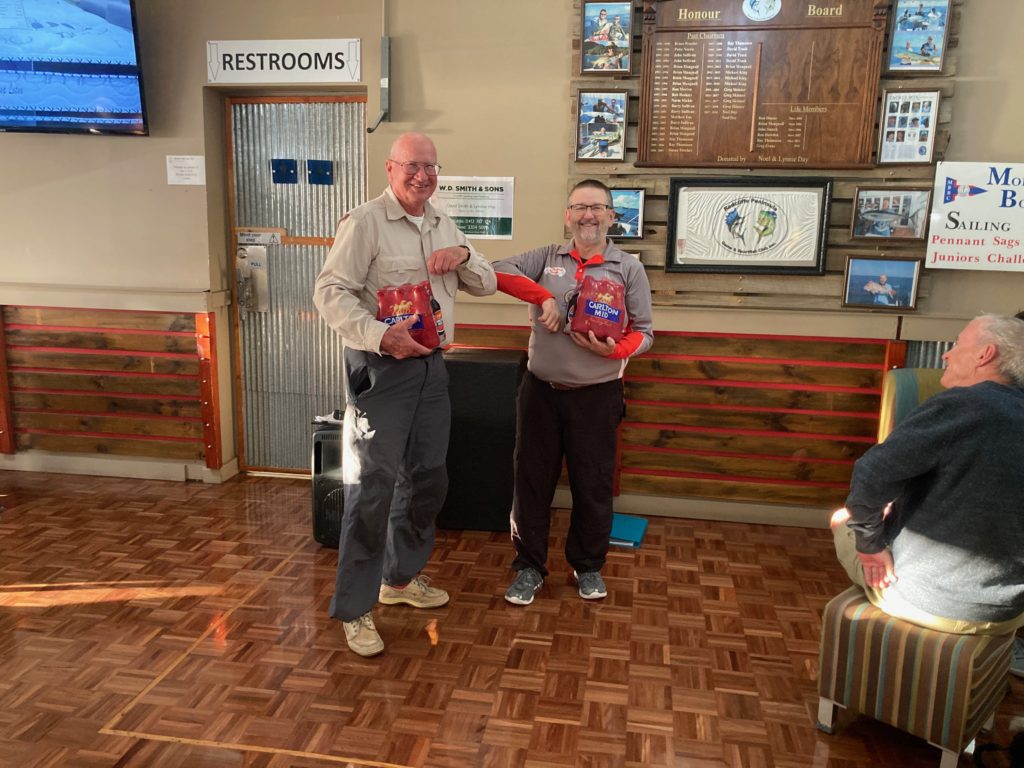 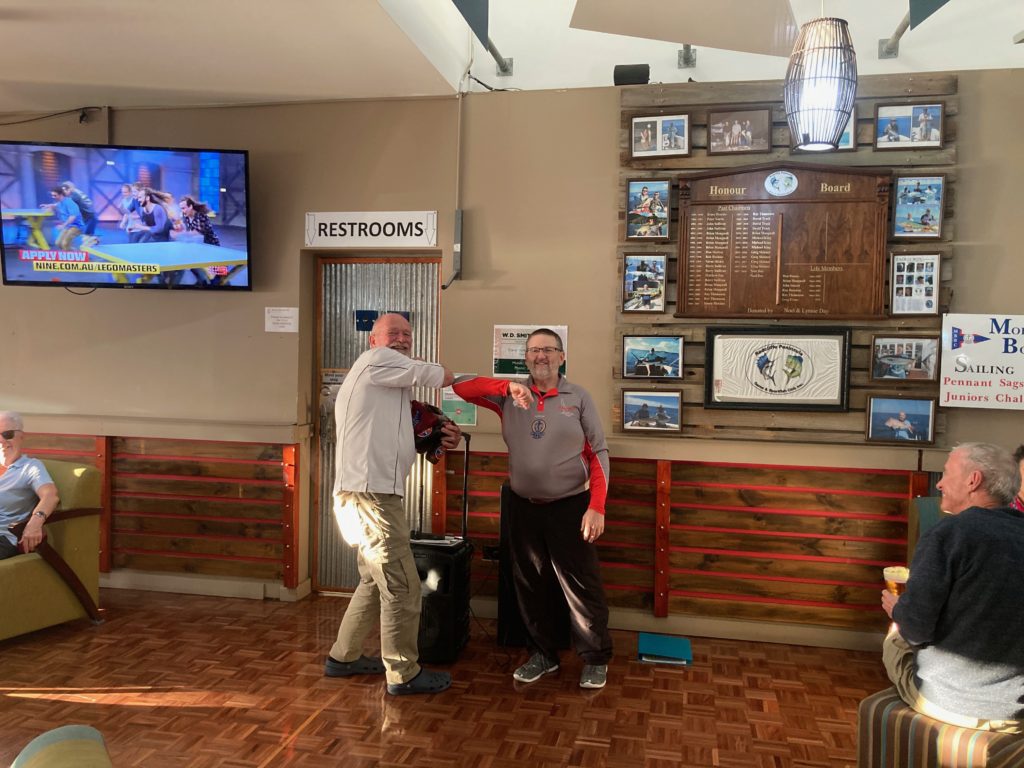 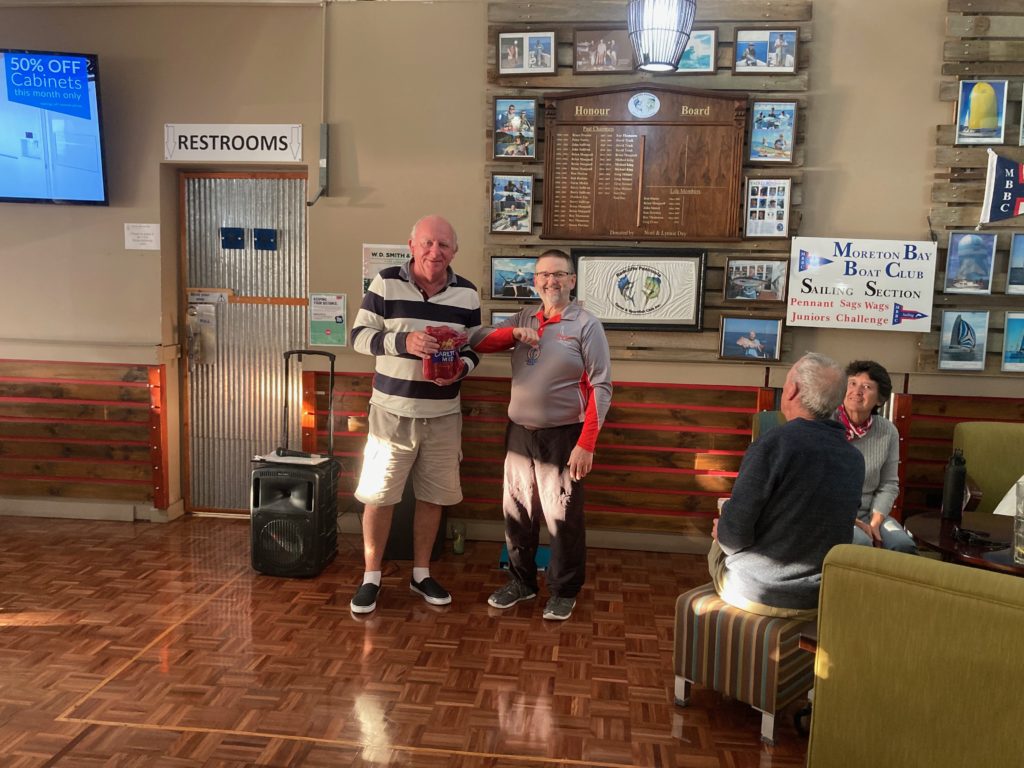