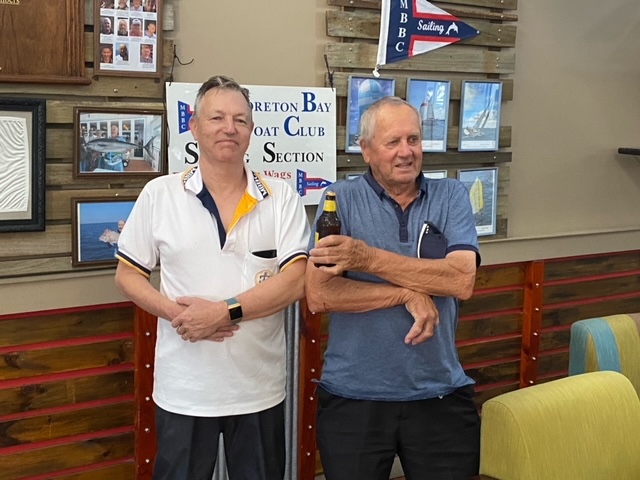 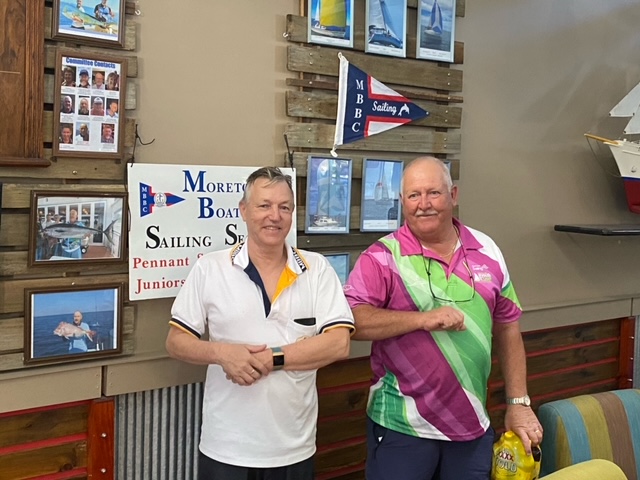 Wags Skippers and Sailors
Another beautiful day on the water with ideal conditions for an afternoon of gentle sailing. After the last two starts it was disappointing to start almost ten seconds late, however, we were able to make up those valuable seconds before we got to Godwin Beach. (So much for gentle sailing). We goose winged the sails and relaxed with a stubby and set about trying to find Caboolture Yellow.  As we were gently sailing along one of the crew looked behind and was in sheer panic his face as white as a sheet, he was speechless and could only point behind us. The rest of us turned around and tears welled in our eyes as we could see an armada of spinnakers behind us.
After much debate amongst the skippers as to which side the spinnaker pole should go, the crew decided it should just go between the mast and the genoa. With the spinnaker pole in place and a jibe lock on the boom we were able to head straight for the Caboolture Yellow and stay ahead of the rest of the fleet and their colourful spinnakers.
The spinnaker pole was taken down just before Caboolture Yellow (remarkably without debate among the skippers) we quickly tacked the genoa and set about looking for the finish line. After two stubbies we found the finish line before anybody else and then had one to celebrate.
Rimfire was second across the line followed by Double D in third place thank you sponsor and Micheal for a great afternoon of gentle sailing.
Ragtop 1st,       Rimfire 2nd,       Double D 3rd.
One of the skippers on Ragtop