Skip to content
For once BOM was right on Wednesday with SE-ESE winds at 15-20 knots.
A good turnout with 14 boats taking part in the race to Bribie Cardinal and back.
In our first start of the year. About Time started 4th behind Zingara, Double D, and Rooger.
It was ideal conditions for our new screecher and once deployed we were able to reign in both Zingara and Double D on the first leg whilst dodging a large tree branch drifting across the rhumb line.
(There was some discussion back in the club about us going above Zingara. We were surprised as we always endeavour to go below smaller boats. In our defence we held our course whilst Zingara was continually changing course making it difficult for us to predict their intentions.)
We were able to reel in Rooger on the way back to DBay Red and were pleasantly surprised to see that the fleet didn’t appear to be closing on us on the last leg.
We crossed the line 8 minutes ahead of second which was tightly contested.
Sentier, Rooger, Rag Top, and Endorphin all closing on the line in close proximity. Rag Top was able to duck in front to secure second ahead of Rooger and Sentier.
Our appreciation to Sunshine Boat Sales for their kind sponsorship and to MBBC for supporting sailing.
Regards,
Bill & Bill “About Time” 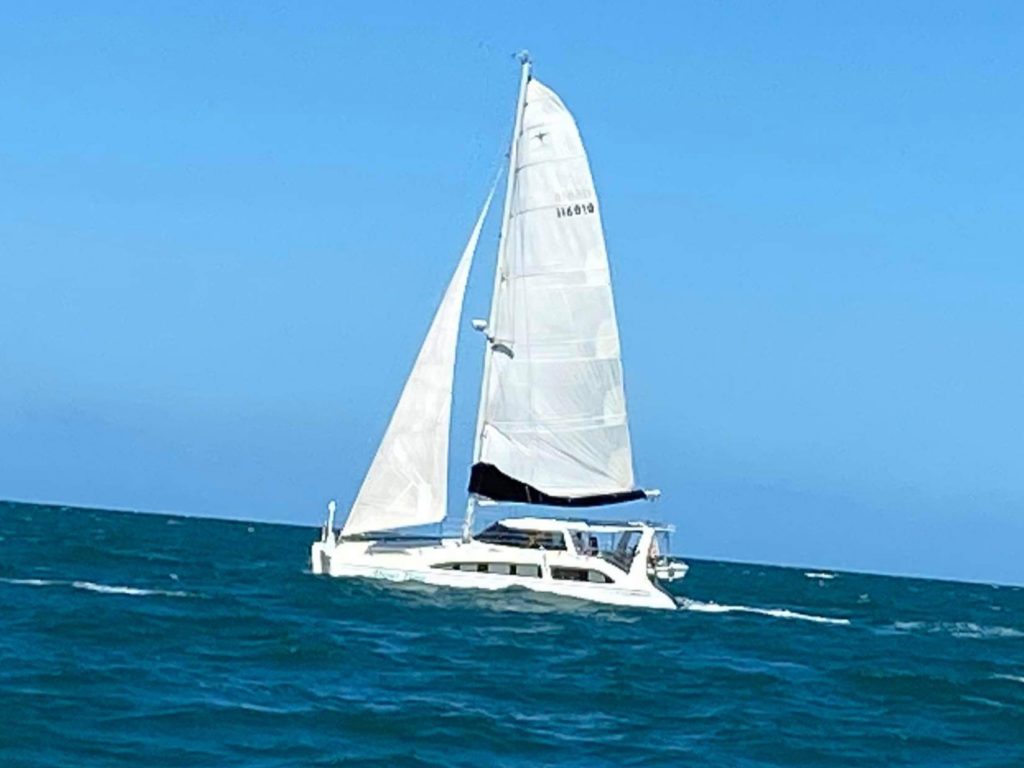