Well BOM said we wouldn’t get much breeze and they were right as the attached photo of the actual breeze shows. Note how there was nice breeze before race time and after race time!!!!
Any even the race control was pessimistic when ENDORFIN logged on with 4 POB by responding that we wouldn’t do so well with that many crew.
But I knew better with my very determined daughter steering and my other very determined daughter tweaking the headsail we would be in the mix.
After our usual very pleasant early afternoon coffee and chips on the deck we headed out to start 8 minutes behind Prophecy. The plan as always was to beat them and worry about the rest of the fleet later. Although we arrived at the start area to see Spirited heading off and looking very fast in the light stuff and noting they’d be hard to beat.
The beat up to D-Bay Red got lighter as we went with a right shift tendency pushing us and Spirited towards the sandbank Prophecy opted to tack left at that point and really lost out. Spirited kept going right but soon reported hitting the sand bank and obviously became Dispirited.
We eventually hooked in to a nice lift after tacking over the sand and headed to Godwin Beach where a couple of nice little pressure zones lifted us to the mark. We rounded just behind Spirited and set a kite to head home for the shortened course and to try and drift through the front runners. About 2/3 of the way back the right shift continued and we could set a screecher and head home for a comfortable win.
Patient girl power was the winner on the day!
I’ve also attached our track which looks like drunken sailors but was actually the helm following every shift. 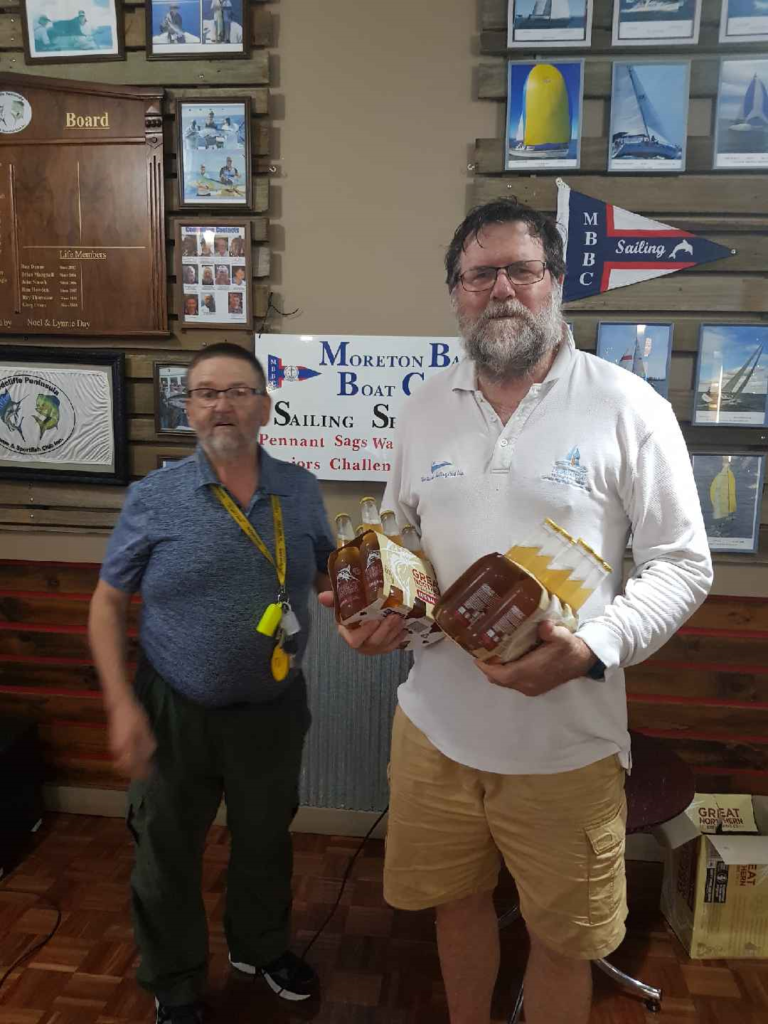 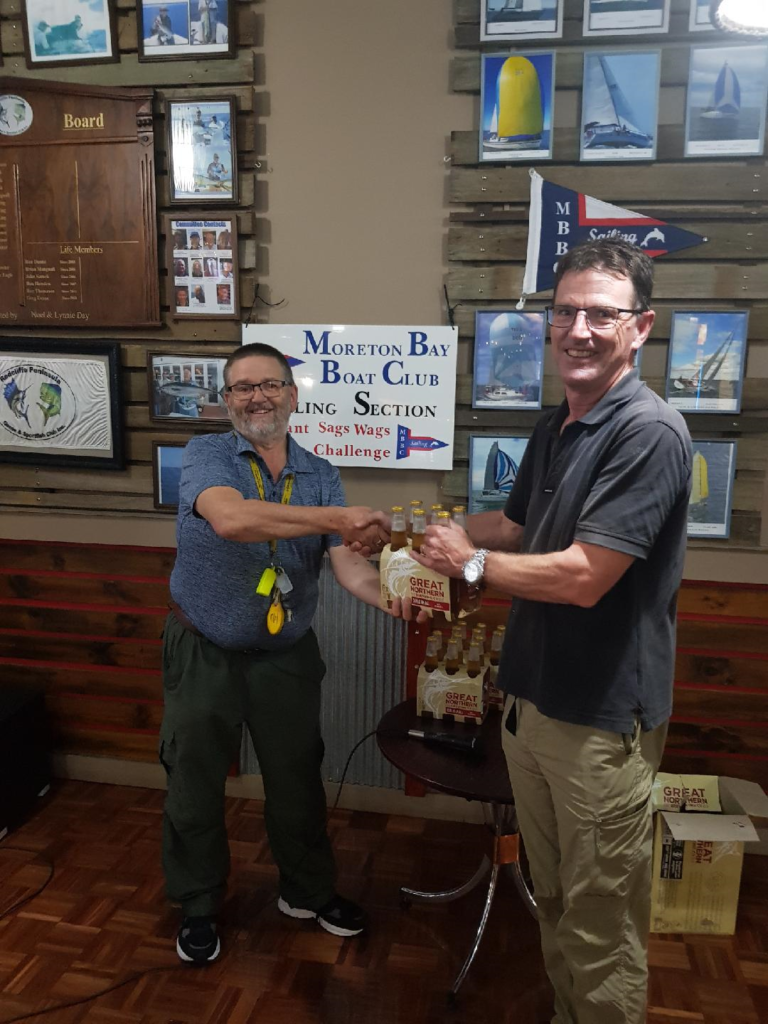 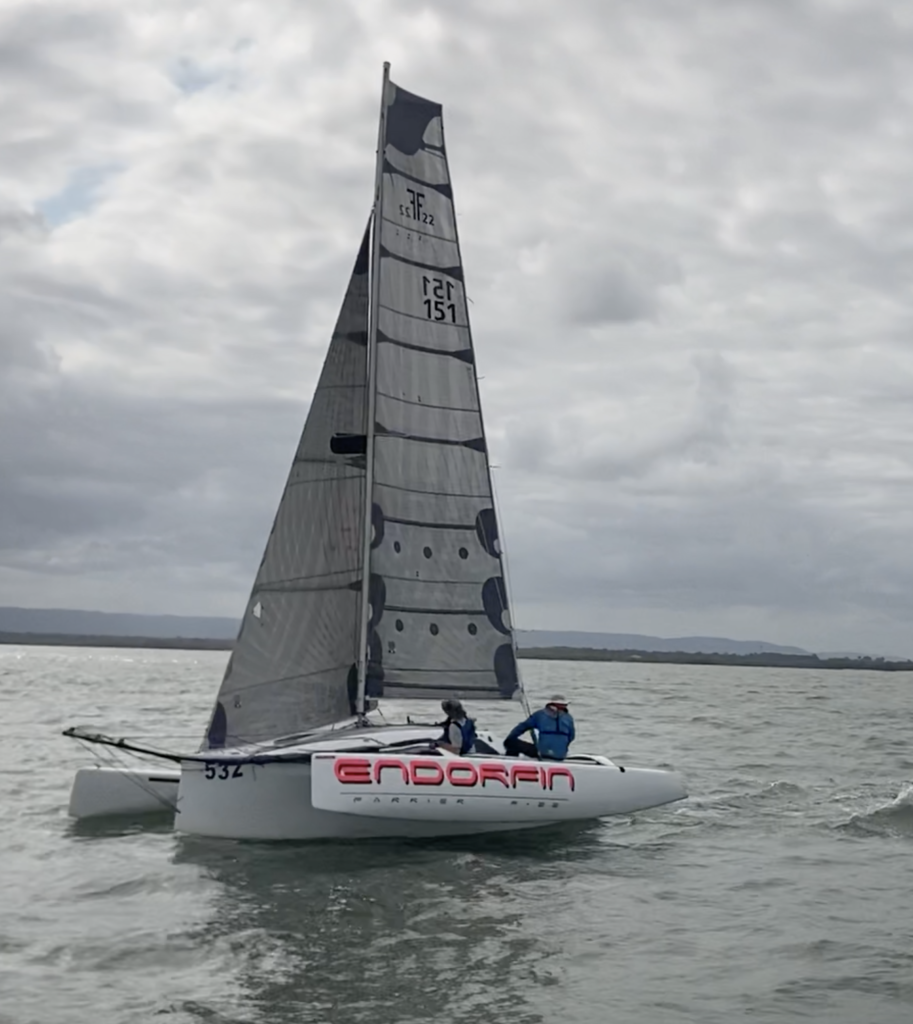